I hated London when we first got there.  It was hot and our hotel had no AC.  AC is not a big thing in the UK.  We just happened to be there in a record breaking heat wave.  I'm no stranger to a hellishly hot day, I mean, I do live in Texas, but we have AC. Being on buses and trains and subways and just being in the middle of a bunch of hot, stinky people was not a good time.  I was just over it.  However, when you meet a friendly policeman, who proudly shows you his gun, grins brightly and says it's only for "public assurance", your day gets better-even though you're hot and tired.  I didn't even think British cops were allowed guns. 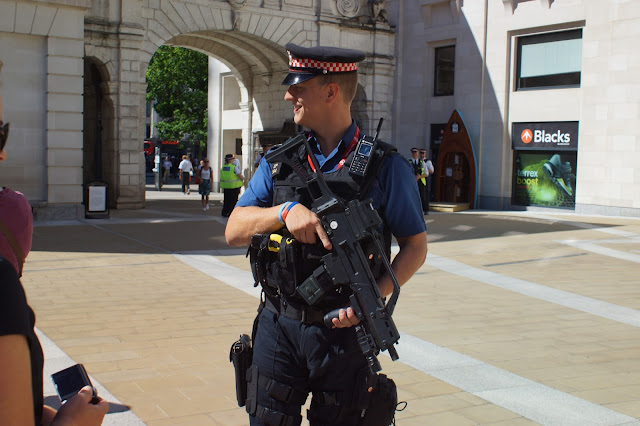 And I couldn't resist-"Look kids, Big Ben!" Every single time we saw it :) 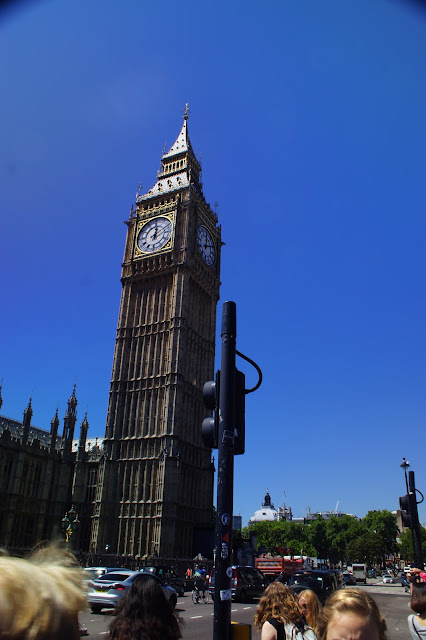 Pano from the London Eye

It wasn't falling down. 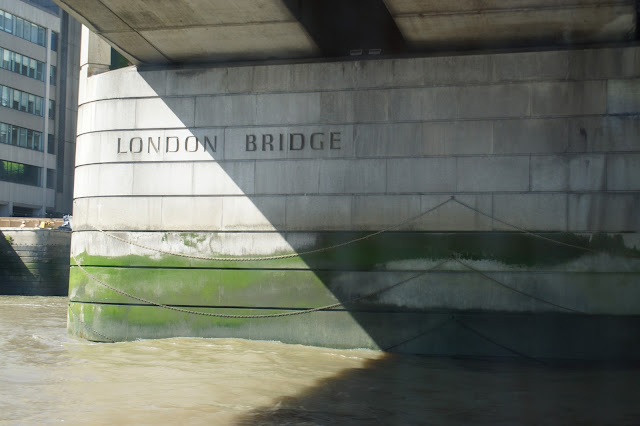 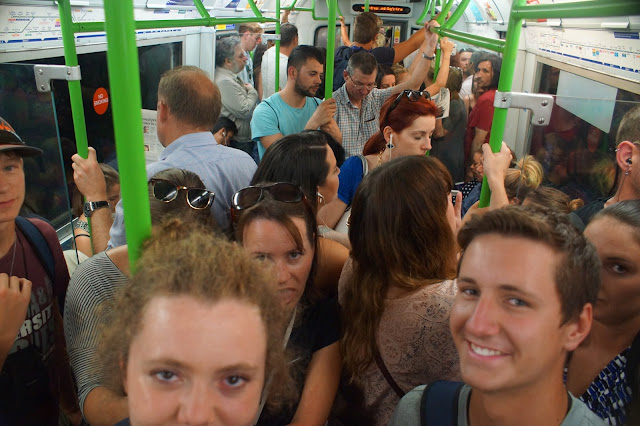 Their seats at a street performance.  We kept looking for Ed Sheeran, but no luck. 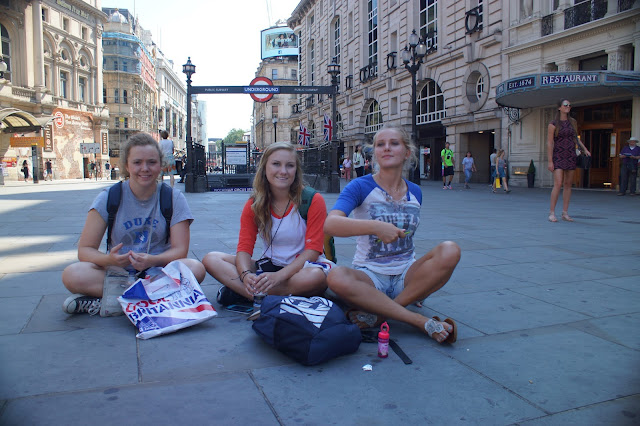 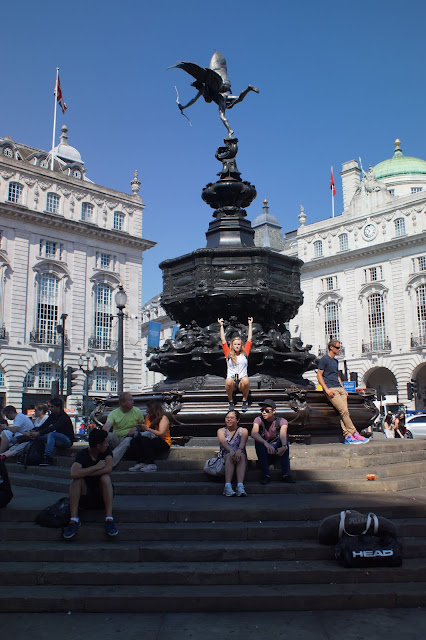 The beginning of the changing of the guards.  It's about 90 degrees.  I can't believe one of them did not fall out...
We were expecting to hear some grand marching song from the band, but we were treated to Michael Jackson's Thriller. Totally unexpected.  I think the Brits have a pretty good sense of humor. 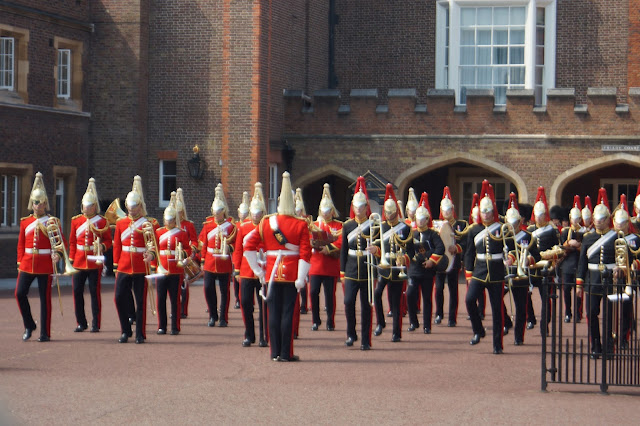 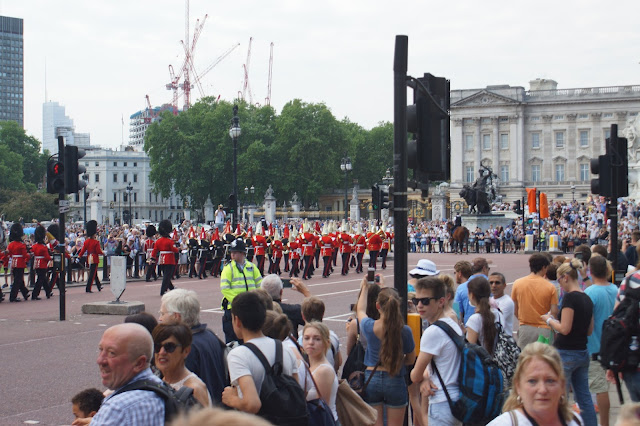 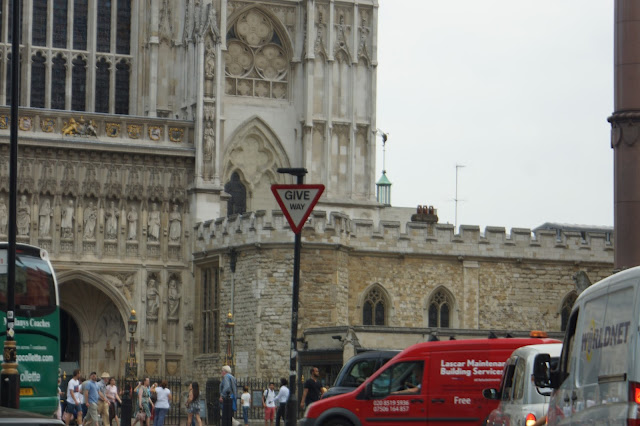 Windsor Castle was beautiful, but you aren't allowed to take pics of the cool stuff inside. 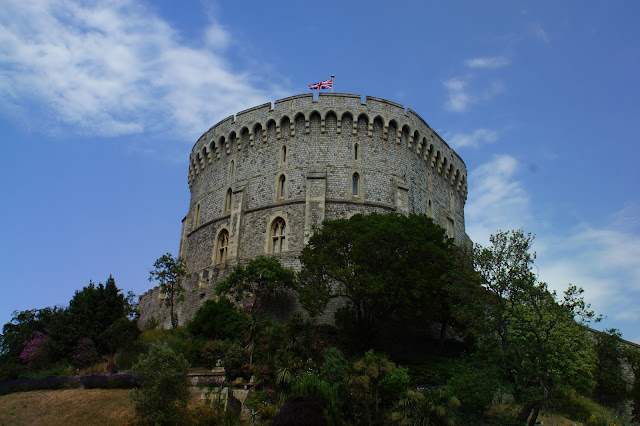 The last night, 3 girls and I braved the tube and London city streets alone to see this play. 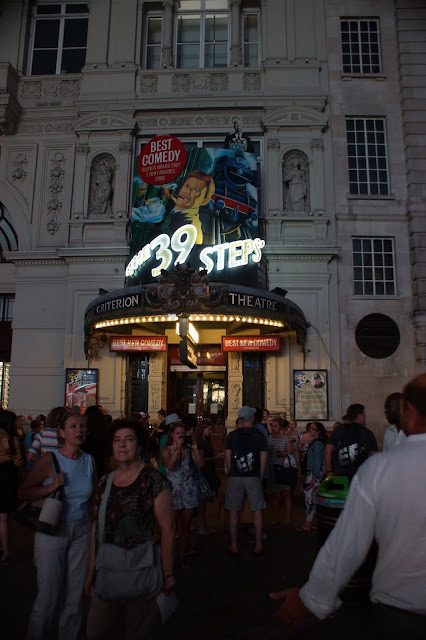 So long London! I hope I get to come back someday! 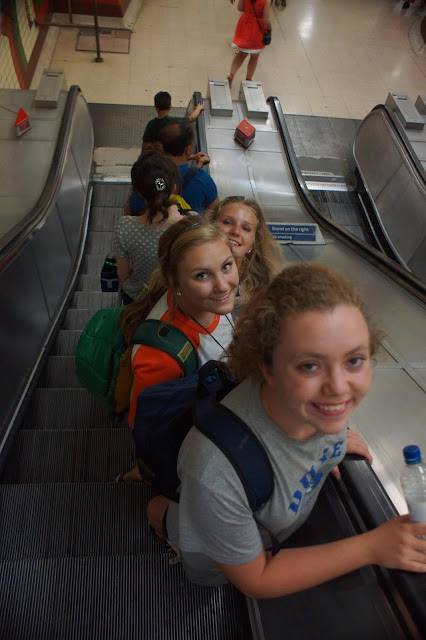